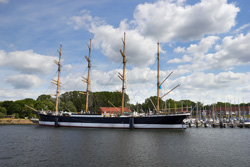 Travemünde tourist attractions. Travemünde has been a seaside resort which is very famous with families since 1802, and is Germany’s largest ferry port on the Baltic Sea with connections to Sweden, Finland, Russia, Latvia and Estonia. Travemünde is a borough of[…]